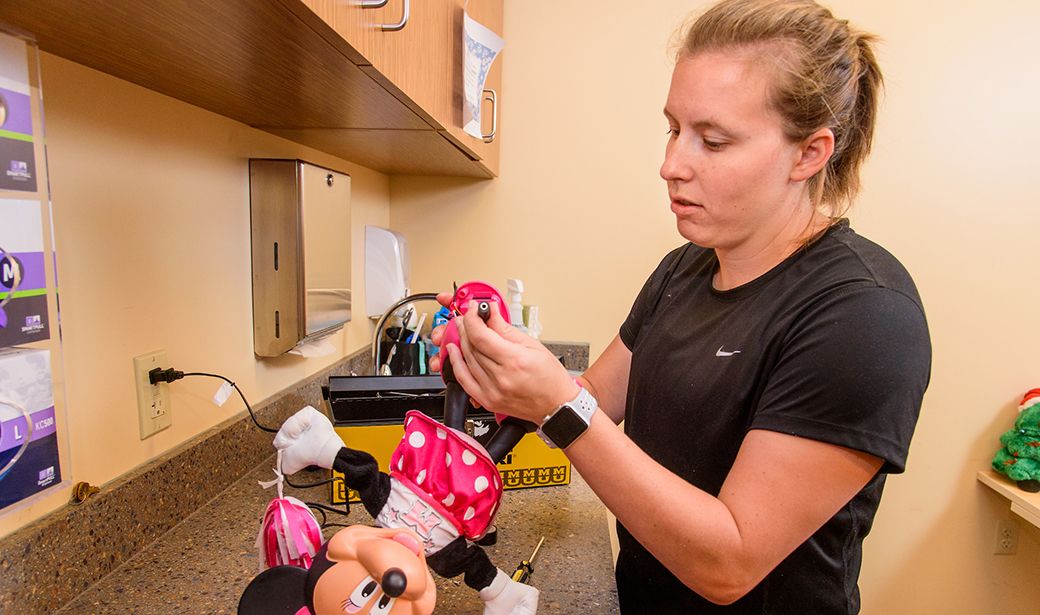 MU School of Health Professions student Rachel Hughes started Project SWITCHED: Adapted Toys, a program that modifies toys so they can be used by children with disabilities.

Anyone wishing to donate toys for the program can do so at the Children’s Therapy Clinic, the Missouri Orthopaedic Institute’s therapy clinic or at the School of Health Professions on the eighth floor of Clark Hall. For more information, email switchedtoys@gmail.com.

One day at work, the third-year student in the School of Health Professions’ physical therapy program was asked to adapt a battery-operated toy so it could be used by a patient who lacked fine motor function. After a tutorial from supervisor Katheryn Maddox, Hughes soldered a wire onto the toy and connected it to a large switch the child could operate.

It was a quick and inexpensive fix.

Yet, Hughes noticed the cost of new adapted toys, which are needed for children with conditions such as cerebral palsy, is often more than quadruple the price of the original.

“A lot of the kids don’t even have toys, because they’re too expensive, or they’ll have baby toys because that’s their motor level, but that’s not their cognitive level,” Hughes said. “They’re playing with rattles when they could be playing with more fun toys.”

To address this problem, Hughes started adapting used toys in her basement and providing them to the Delmar Cobble School for the Severely Disabled and the special-needs ministries at The Crossing and Alive in Christ Lutheran churches.

To help even more children, she needed to take her project out of the basement and recruit more workers. Hughes contacted Pascale’s Pals, the local volunteer organization that works with Women’s and Children’s Hospital. With its backing, she began the Project SWITCHED, which is modeled on a similar organization in Ohio called RePlay for Kids.

On July 28, 2018,  Hughes held a toy drive at the Target store in the Columbia Mall, which netted about 50 new toys. Two September “build” sessions were scheduled at the School of Health Professions for faculty and students to gather and adapt all the toys so they can be given away through Pascale’s Pals in December. At the December 2019 toy drive, over 200 toys were given to children from Mid-Missouri with motor impairments.

Bill Janes, OTD, an assistant research professor in the Department of Occupational Therapy, said he was amazed at Hughes’ ambition and organizational skills. The only trait she lacks is self-promotion.

“She is humble almost to a fault,” Janes said. “We have tried to complement her on her skill set and the value of what she’s doing, and she shrugs it off. I don’t think she knows how special it is.” 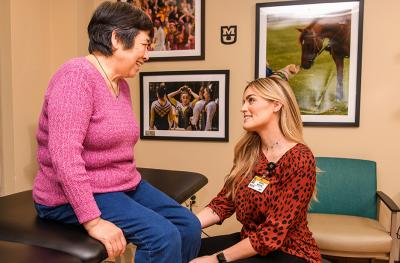 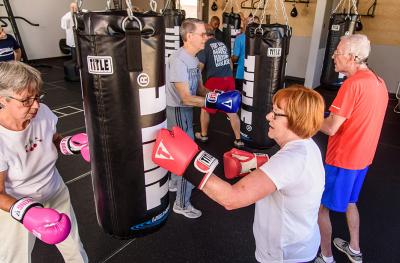