Three Generations of Nurses: Nursing Is a Family Affair at MU Women’s and Children’s Hospital 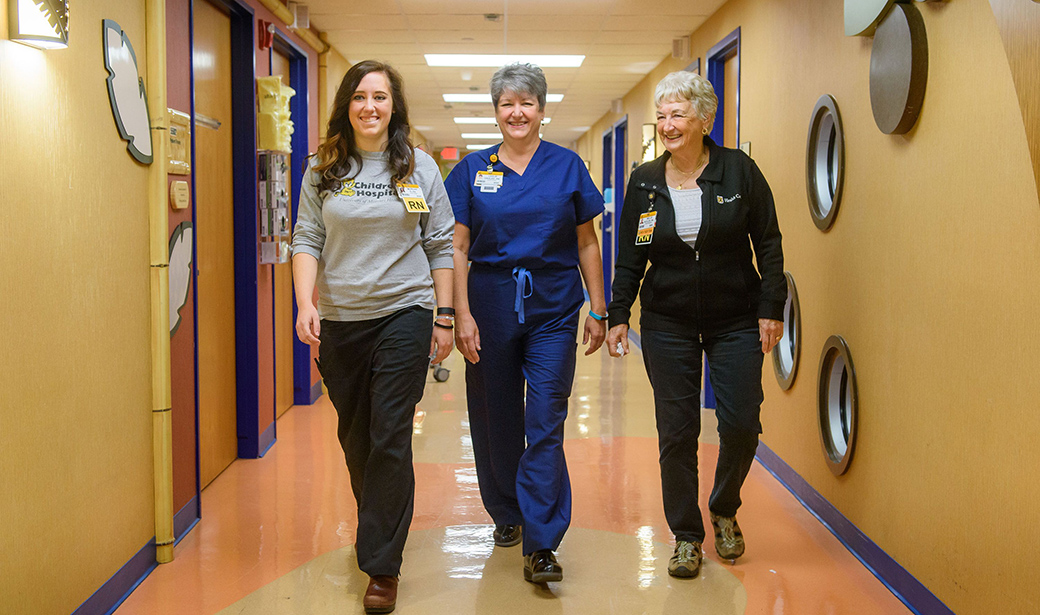 “I was always just astounded by how she looked,” Nellie said. “She had her starched white dress on, her white hose, white shoes with a little heel on them, her hat, her pin and a handkerchief always in her pocket. I just thought that was the coolest thing there was, and I was going to be a nurse from the beginning.”

True to her vision, Butler graduated from St. Luke’s nursing school in 1961 and has been a nurse ever since. That’s not exactly how her daughter, Lezlie Dahlke RN, decided to follow the family tradition.

“I grew up around the hospital with my mom, so I was going to do anything but nursing,” Dahlke said. “But in college, I tried all kinds of things and nothing fit. That’s when mom stepped in and told me I needed to go to nursing school. I did, and I haven’t regretted it a day since.”

Dahlke earned her associate degree in nursing in 1986 from Moberly Area Community College and initially worked in small-town hospitals. She came to MU Health Care’s University Hospital as an agency nurse before joining the staff there full-time. There she found her calling as a trauma nurse clinician. Along the way, she met and married Donald Dahlke, who was working in hospital distribution at University Hospital.

They started a family, and Dahlke went back to school to earn her bachelor’s degree in nursing when her daughter, Morgan, was just a toddler. Even then, said Dahlke, Morgan liked to run around taking care of everyone, including younger brother Jesse.

It was no surprise to Butler and Dahlke that Morgan followed her mom and grandmother into the family profession. Morgan graduated from the University of Central Missouri in Warrensburg with a bachelor’s degree in nursing in 2016. She says her desire to be a nurse came from both her long family tradition and a unique personal experience.

“I have a blood disorder called spherocytosis, and I had to be treated at the hospital when I was a kid,” Morgan said. “I got to see firsthand how nurses can have such an important role for patients. That’s what sells the job. The personal connections I get to make every day with my patients. That’s what makes me always want to come back.”

Between them, they have a combined 50 years at MU Health Care, and they’ve seen nursing evolve over more than five decades. Nellie remembers working in a small town as one of just two nurses responsible for the entire hospital. She says she’s seen medical technology advance at a breakneck speed and even watched her beloved white uniform get phased out.

Though their paths into nursing were unique, all three now work together at MU Health Care’s Women’s and Children’s Hospital. Nellie is a house manager, Lezlie works in Surgical Services, and Morgan works full-time in the Emergency Room. They pass each other in the halls, and every once in a while, they care for the same patient. All three women say it’s fun to share so much about the profession they love.

“People there are really starting to put it together,” Lezlie said. “Morgan grew up with many of the people at Women’s and Children’s, and now she’s working there. They’re also putting the connections together between me, Morgan and my mom. It’s fun to watch them figure it out, and say, ‘Oh, so Nellie’s your mom, and Morgan’s your daughter!’”

Nellie, who has been a practicing nurse for more than 50 years, says sharing her beloved profession with her family makes her extremely proud.

“I think it’s a great field,” she said. “You have to care for people to enjoy it. I’m sure glad to have a granddaughter that went into nursing. I’m pleased, very pleased. I think it’s wonderful that they enjoy it as much as I enjoy nursing.” 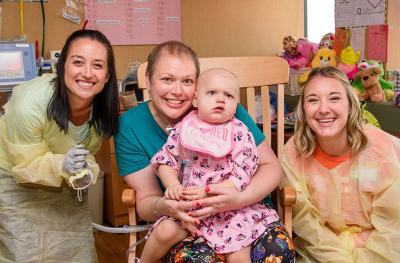 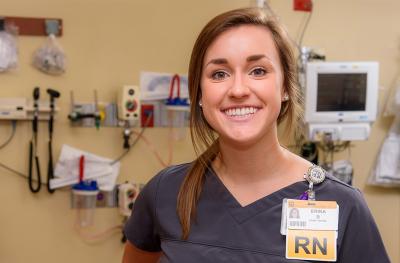 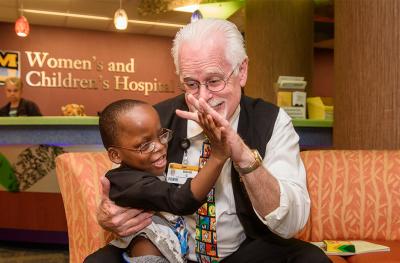 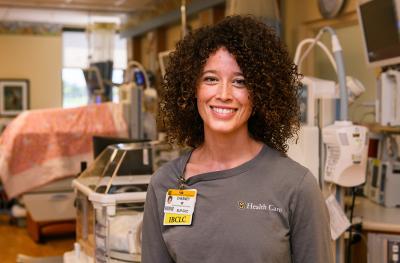 Lactation Services Help Moms Give Their Babies a Healthy Start