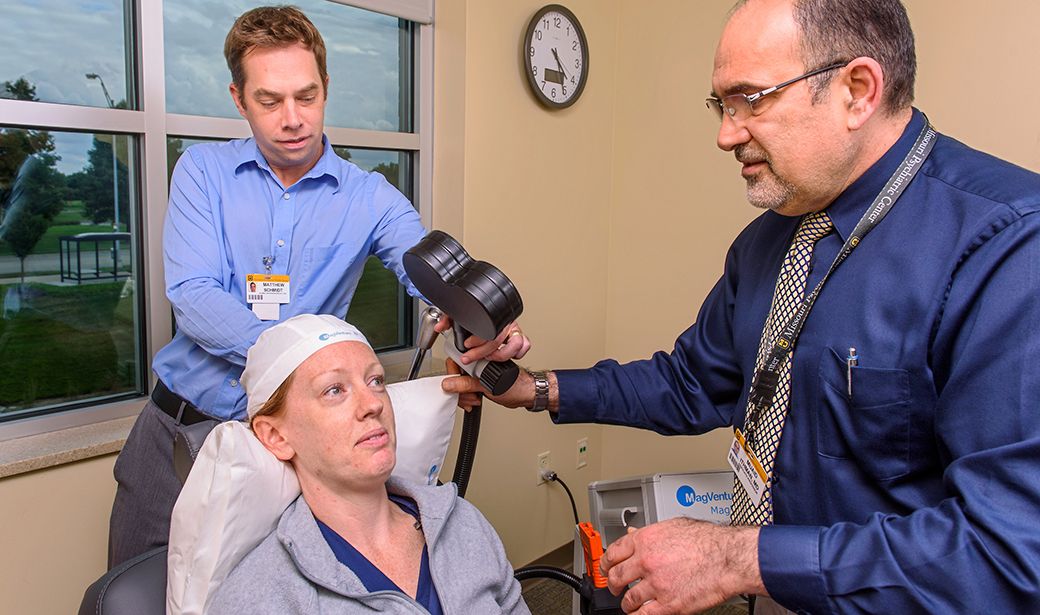 Before joining MU Health Care over the summer, Matt Schmidt spent eight years at the Medical University of South Carolina and the Ralph H. Johnson VA Medical Center. While there, he used a variety of neuromodulation treatments, including transcranial magnetic stimulation (TMS), to treat psychiatric patients.

Schmidt often saw patients with low expectations that anything could make them feel better.

“In some people, TMS causes a dramatic shift, and they are very, very surprised about the way they feel,” Schmidt said. “They’re so used to being depressed. They come in and say, ‘I’m sleeping better, I feel better and I have more energy.’ ”

TMS is a nonsurgical procedure that is FDA-approved to treat depression in adults who have not had success with medication. MU Health Care offers TMS at its new Neuromodulation Clinic at the South Providence Psychiatry facility, with Schmidt serving as the program director. Neuromodulation is one of three methods — along with traditional psychotherapy and medication — used to treat psychiatric patients.

A device that emits magnetic pulses to the brain’s left prefrontal cortex is placed on the patient’s head. The pulses stimulate nerve cells in the brain that control mood.

“In research, about a third of patients go into remission, where your depressive symptoms completely go away,” Schmidt said. “And this is in people who often have tried not just one antidepressant but many.”

TMS has typically involved five 20-minute sessions per week for at least six weeks. However, the Neuromodulation Clinic is the region’s only provider that offers a new version of TMS recently approved by the FDA that cuts individual treatment times down to just three minutes.

TMS is an outpatient procedure that doesn’t require anesthesia, and patients can drive immediately after their session. During treatment, patients will hear a clicking sound and feel a tapping sensation on their head. A small percentage of patients complain of mild discomfort or headaches afterward. TMS patients do not suffer from antidepressant medication side effects such as weight gain, fatigue or insomnia.

“The goal is to put the patient in remission, which is defined as being free of symptoms for two months,” said MU Health Care psychiatrist Muaid Ithman, MD, the medical director of the Neuromodulation Clinic. “The people receiving the treatment are chronic in nature, because they have failed at least two antidepressants, so they will need maintenance after this. We hope to put them in remission and maintain them or at least give them a response to improve and maintain them on other medications.”

At the Neuromodulation Clinic, TMS is just one of the offerings. Light therapy boxes that mimic sunlight can treat seasonal affective disorder in the winter. Cranial electrotherapy stimulation, which involves sending a very low current to the brain through clips on the earlobes, is used to treat anxiety. Electroconvulsive therapy, in which electric currents are passed through the brain to trigger a brief seizure and change brain chemistry, is available to treat a variety of mental illnesses.

People interested in trying TMS or other treatments at the Neuromodulation Clinic should contact their primary care provider or psychiatrist, who can refer them to the Missouri Psychiatric Center. TMS is covered by most insurance providers. 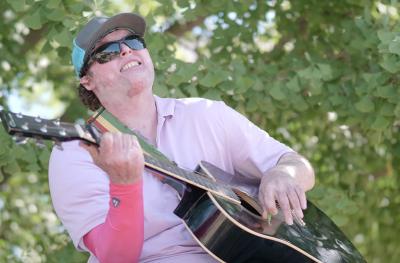