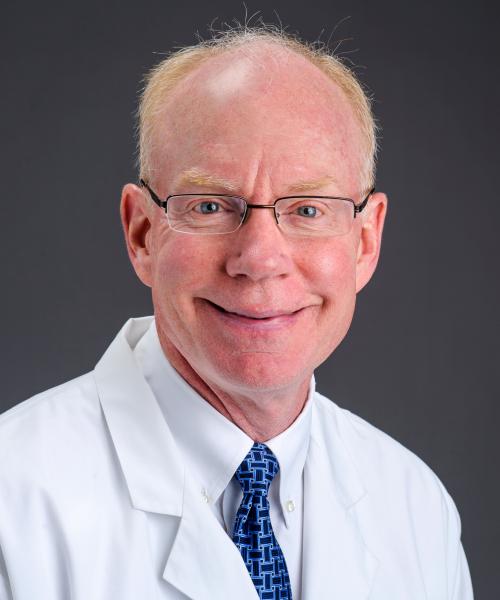 William Fay, MD, is a clinician-scientist. In addition to caring for patients, he directs an independent, externally funded research laboratory that focuses on the broad fields of thrombosis and vascular biology. He conducts research at the University of Missouri and the Truman VA Medical Center. He serves as the Senior Associate Dean for Research at the School of Medicine.

University of Illinois School of Medicine-Chicago

Dr. Fay is making promising strides toward that goal. In conjunction with other University of Missouri scientists, he has identified a new treatment for coronary artery disease. He demonstrated that coating surgically implanted stents with a compound called tiplaxtinin could prevent further arterial blockages, without the risk of the blood clotting that often occurs with traditional coated stents. Based on his initial findings, the National Institutes of Health awarded him a $1 million grant to continue working on the treatment. He currently serves as PI of an NIH R01 award, an AHA Grant-in-Aid, and a VA Cooperative Research Development Agreement, and he is clinical lead investigator of a recently awarded MU Coulter Award. Dr. Fay has authored more than 75 peer-reviewed articles, 15 book chapters, and 90 abstracts, and he has given 50 extramural invited presentations. He currently serves on the editorial board of Arteriosclerosis, Thrombosis, and Vascular Biology, and he is a former member of the AHA National Research Committee and ATVB Council Leadership Committee.

In addition to conducting research and writing numerous peer-reviewed publications, Fay is also a clinician, an educator and an administrator. He has won multiple awards, including recognitions from the Mayo Clinic and the American Heart Association.

Dr. William Fay is a professor of medical pharmacology and physiology in the School of Medicine and an investigator at Dalton Cardiovascular Research Center.

Basic, translational, and clinical research within the broad field of vascular biology.