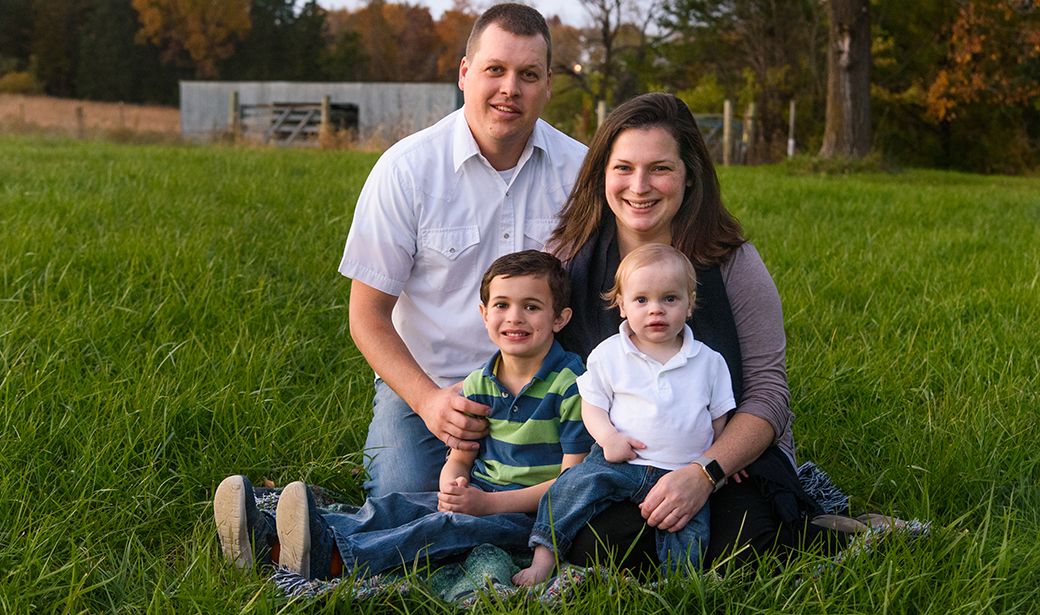 Like many expectant mothers, Elizabeth Van Kort planned for a natural childbirth.

“I feel like our bodies are made to bear and naturally deliver babies,” Van Kort said. “And I also see myself as a strong, independent woman. I wanted to have a natural, unmedicated labor.”

But after 36 hours of labor, Van Kort had to put her dream on hold. She reluctantly agreed to have a C-section after her care team told her she had no other option.

“I was crushed,” Van Kort said. “I thought if I tried long enough and hard enough, it was going to work out. But my labor wasn’t progressing. It was incredibly disheartening.”

Van Kort, who lives in Columbia, is not alone. Unplanned C-sections prevent countless women from having the natural childbirth experience they hoped to have.

As the Van Kort family recovered from an exhausting two days in the hospital, Elizabeth’s obstetrician, Karen Thies, DO, told her she would be a great candidate for a vaginal birth after cesarean, often referred to as VBAC.

“I didn't even know what VBAC was, but I knew it was a glimmer of hope for another chance at a natural childbirth down the road,” Van Kort said.

“You always want to look at the core reason the mom had a C-section,” Thies said. “Sometimes, the baby just doesn’t tolerate the labor because he or she is malpositioned in the uterus or is tangled in a cord. In that case, the mom would be a solid candidate for VBAC as long as her pelvis is adequately sized and the rest of her anatomy looks good.”

But even in an ideal scenario, a vaginal birth following a cesarean section is not without risk. MU Health Care obstetrician Moselle Stark, MD, said uterine rupture is the primary concern.

“Uterine rupture occurs when an old C-section scar is unable to withstand the stress of labor,” she said. “The scar will open, which creates a surgical emergency that could have major implications for the mother and baby.”

Thies echoed this sentiment, stating that it’s important to consider what type of C-section the mother had in the past. She said most women have “low-transverse” C-sections, and the resulting scar from this procedure is highly unlikely to rupture during a vaginal birth. However, if the mother had a “classical” C-section, her risk of rupture is significantly higher.

“We also look at the total number of C-sections the patient has had,” Thies added. “The higher the number, the higher the risk of rupture. If she has had more than two C-sections, I will typically tell her that VBAC would be too risky.”

Four years after her C-section, Elizabeth Van Kort learned she was pregnant again. She began doing everything within her power to prepare herself for a successful natural childbirth.

Per the advice of Lori Anderson, CNM, a certified nurse midwife at Women’s and Children’s Hospital, she booked regular appointments with a chiropractor, physical therapist and massage therapist. She also enrolled in prenatal classes, began doing yoga regularly, and started the search for a doula.

Though many anatomical factors are outside of a woman’s control, Stark said certain lifestyle factors can help increase the odds of a successful experience.

“The main things that are in a woman's control are maintaining a healthy weight and lifestyle,” Stark said. “We recommend having a healthy diet, engaging in regular exercise and quitting tobacco during pregnancy.”

“It was a very emotional moment,” Van Kort said. “My first labor was a slow progression, and the second one was like jumping straight into the deep end. I ended up having an epidural, and I was thankful for that option because I underestimated how intense a short labor can be. Looking back, I have no regrets.

Now the mother of two healthy sons, Wyatt and Lawson, Van Kort has a message for expectant mothers who also have their hearts set on natural childbirth.

“Having a VBAC is a very personal decision — one you should only make for yourself because it's something you need to believe in 110 percent,” she said. “If you decide to go for it, surround yourself with people who also believe in it so you have a strong support system during your pregnancy – and definitely get a doula!”

3 Questions to Ask Yourself When Choosing a Prenatal Care Provider 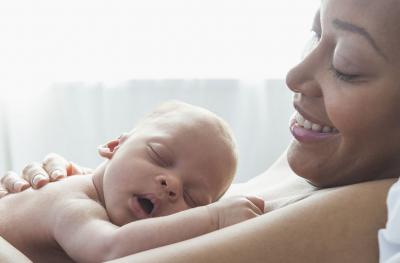