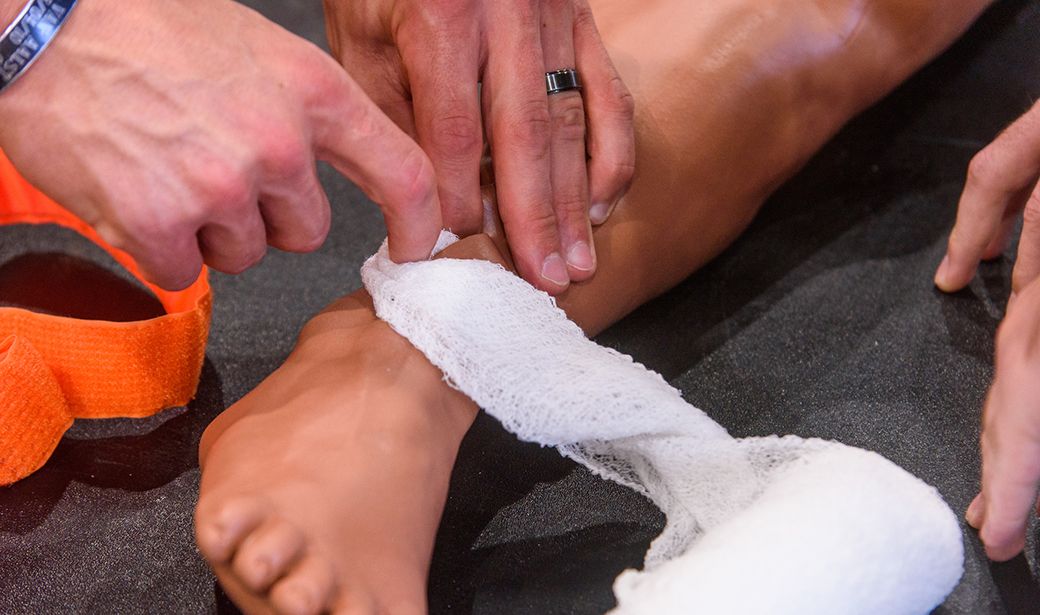 After a traumatic event, the fate of a person suffering from severe blood loss often will be determined before professional medical help arrives. It is critical for the public to know how to stop the bleeding.

With that in mind, the “Stop the Bleed” program – a national campaign launched by the White House in 2015 – is designed to turn bystanders into life-savers. University of Missouri Health Care’s Injury Prevention and Trauma Services team holds free “Stop the Bleed” training sessions that focus on the ABCs of a bleeding event.

B — Bleeding: Locate the bleeding injury.

Here is a more detailed look at how to systematically deal with a traumatic injury.

If you don’t have a trauma first aid kit, take the following steps:

If you have a trauma first aid kit, take the following steps:

Email us to schedule a free Stop the Bleed training class
stopthebleed@health.missouri.edu