BioJoint Success Story: Busy Dad is Back on His Feet 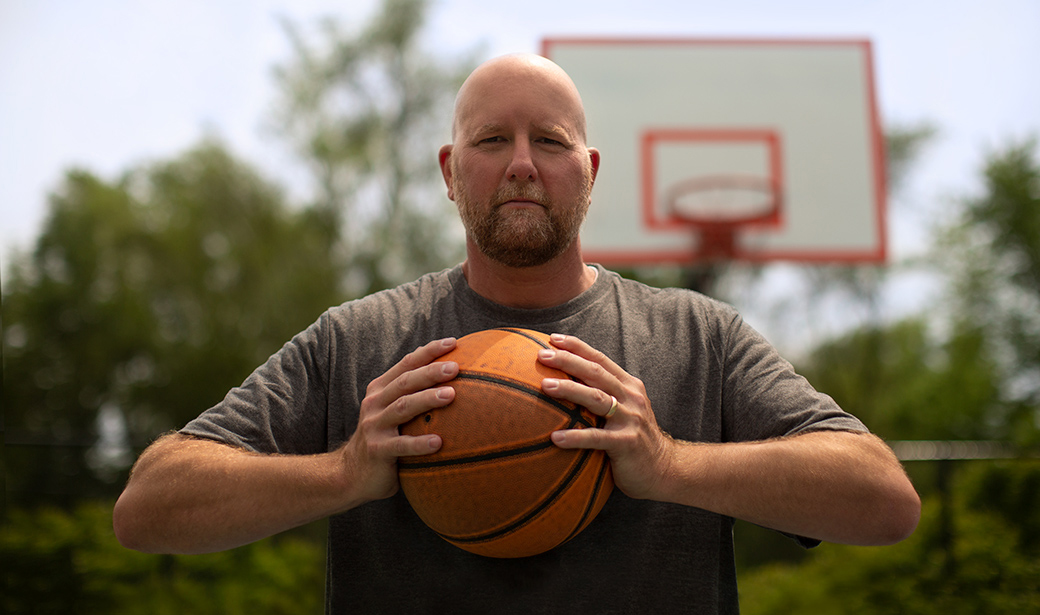 The precision medicine research conducted at the MU School of Medicine is part of NextGen Precision Health, an initiative to expand collaboration in personalized health care and the translation of interdisciplinary research for the benefit of society. The Roy Blunt NextGen Precision Health building at Mizzou anchors this statewide initiative, which aims to unite government and industry leaders with innovators from across the system’s four research universities in pursuit of life-changing precision health advancements. The University of Missouri System’s bold NextGen initiative highlights the promise of personalized health care and the impact of large-scale interdisciplinary collaboration.

Matt Trachsel dealt with knee pain for about three decades. The 44-year-old Jefferson City man was told to “pray for a cure for arthritis,” because otherwise he would need a traditional knee replacement at a very young age and likely would need multiple replacements over his lifetime.

In 2017, he sought a different kind of knee procedure from MU Health Care’s Mizzou BioJoint® Center — one that uses precision medicine to offer a biological solution rather than a metal-and-plastic joint replacement device. The procedure, known as an osteochondral allograft transplantation, uses donated tissue specifically matched to the patient to restore the joint.

More than two years after his BioJoint surgery, Trachsel, a father of seven and a manager at The Builders’ Association, is feeling great about his decision. Here is Matt’s story, in his own words.

At age 11, I had my first knee surgery. I tore the lateral meniscus in my left knee playing football. In my younger years, I was extremely active in organized sports, playing football, baseball, basketball and tennis.

Four years after tearing the meniscus, the articular cartilage above where my meniscus had been began to deteriorate. I was diagnosed with osteochondritis and had surgery to help stimulate the blood flow to the dying area of my knee. Nine years later and still very active, I was one of the first few to have a new articular cartilage transplant procedure done, called Carticel. I underwent surgery again, to get a biopsy of my own cartilage to be sent off and more grown in a lab and then transplanted back into my knee four weeks later. I spent eight weeks on crutches, completely non-weight bearing, so the cells could grow. The surgery was a success, but I needed to have it cleaned out five years later, as I had small tears from being active in everything. Sixteen years later, I was experiencing significant pain and issues that I could no longer tolerate — and I have a very high pain tolerance.

As a father of seven children, I needed to be active to be able to keep up with cheerleading, volleyball, basketball, football, gymnastics and dance practices. The pain from simply walking was too much to bear. The throbbing, popping, cracking and swelling kept me from going to sleep or would wake me up. My quality of life was going downhill fast. I knew something needed to be done.

Due to my young age and still active lifestyle, I was advised to see Dr. James Stannard at the Missouri Orthopaedic Institute regarding BioJoint instead of the traditional metal-and-plastic knee replacement. I was given all the information, statistics, risks, time frame, specifics on the actual procedure, physicians’ qualifications, etc., that I needed to help me make the decision to have a BioJoint.

I am over two years post-op, and I’ve been cleared to ease into normal activities again. I couldn’t be happier with the decision to have this done. It’s changed my life. I would encourage anyone with knee problems who feels they have very few options to consider a BioJoint procedure. Get a consultation to see if it’s the right fit for you.

The grafts are preserved before surgery using MOPS technology. Developed by James Cook, DVM, PhD, and a team of University of Missouri researchers, MOPS — short for Missouri Osteochondral Preservation System — extends the storage life of donated tissues. By combining MOPS with a technique that loads the patient’s own bone marrow cells into a customized graft, the Mizzou BioJoint® Center has refined the osteochondral allograft transplantation procedure.

— Before deciding on a BioJoint procedure, it’s important for patients to discuss with their doctor the risks and benefits of surgery for their condition. 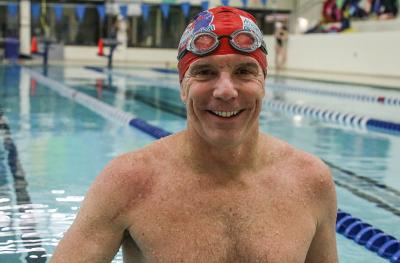