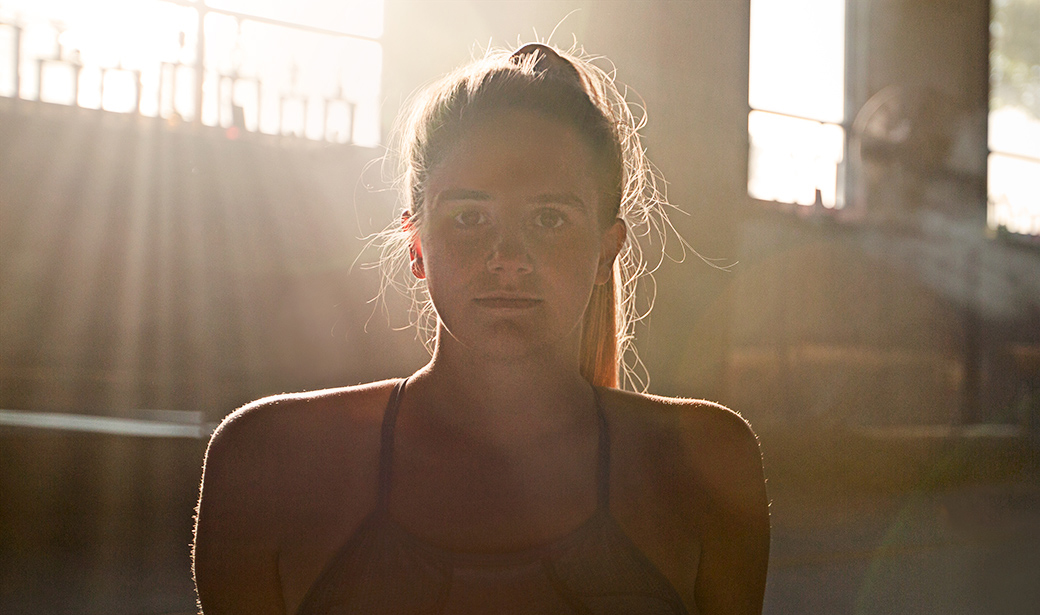 Kirsten Stuck’s favorite activities — gymnastics and cheering — put a lot of stress on her knees. When a severe knee injury grounded the acrobatic Stuck before she even reached her teens, she found a solution that worked for her at the Mizzou BioJoint® Center.

Surgeons at the Missouri Orthopaedic Institute use donated tissue and bone to repair knees, hips and other joints rather than replacing the joints with metal-and-plastic devices. The procedure is designed for patients who are young and active.

Two years after her BioJoint procedure, Stuck was tumbling and cheering again. Now 18, Stuck is a freshman at Wichita State, where she plans to major in biomedical engineering.

Here is Kirsten’s story, in her own words.

I was born in Overland Park, Kansas, but moved to Liberty, Missouri, the summer before kindergarten. My knee problem started when I was 10 years old doing gymnastics. One summer day, I was practicing like normal. We were on vault, and it was my turn to go. My knee dislocated on the springboard, and when I landed on the other side of the vault table, my knee was destroyed.

In the next four years, I had four surgeries — one at age 10, two at age 13 and one at age 14. While my knee was injured, I was devastated. Ever since I was a young child, I loved working out and being able to do gymnastics. These things are what gave me worth, and when I wasn’t able to do much physically, my confidence and drive dropped tremendously.

By this point, we decided that we needed to go down a different route. Our doctor referred us to the Mizzou BioJoint® Center.

Before the BioJoint procedure, I didn’t think I would ever be able to do a squat again. A year after I had my surgery, I started getting back into tumbling and lifting weights. I actually started doing competitive cheer instead of gymnastics just because I can continue to do that in college. My confidence has grown so much now that I am back to living my life like I want to.

Although it’s a big surgery, it is 100 percent worth it. The staff will do anything to let you be able to get back to what you want to do again. It got me back to as close to normal as I could get!