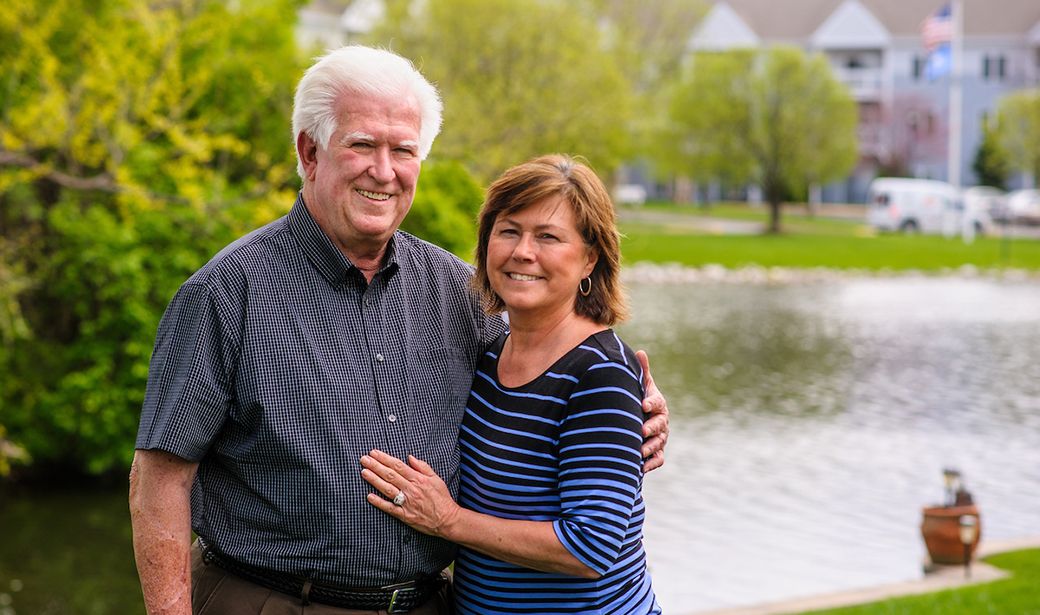 A retiree from the St. Louis area, Don Black enjoys spending time with friends and family at the Lake of the Ozarks. On the morning of July 31, 2010, however, he nearly burned to death when his boat exploded.

The accident happened moments after Don fueled up his boat, a Baja 38 Special. The fuel hose separated from the gas fill component, filling the boat’s hull with gas. When a spark ignited in the engine, a fireball erupted, consuming the boat in flames and smoke.

“I had no face left,” he said. “I was unrecognizable.”

During part of Don’s two-month stay in University Hospital’s burn intensive care unit, he was in a medically induced coma. His heart stopped six times. He underwent multiple skin grafts and reconstructive surgeries.

“They saved Don’s life,” said Shirley Black, Don’s wife. “The people were all great, all the nurses, doctors, respiratory therapists and everyone who cared for Don.”

Nearly one-third of Don’s body had full-thickness burns, meaning the skin was destroyed. For recovery, this skin was removed during a painful process called debridement and replaced with skin grafts from Don’s back.

“The nurses were phenomenal,” Don said. “The most painful thing for me was dressing changes. They would go to great care to drug me before they did it and spray it all to help peel the bandages off.”

On Sept. 30, 2010, Don was discharged from University Hospital to Rusk Rehabilitation Hospital, an affiliate of Encompass Health and MU Health Care, for rehabilitative care such as physical therapy. He couldn’t close his hands, he shook and he could barely walk. After returning home to Valley Park, Missouri, Don continued physical therapy for a year, followed by working with a personal trainer for a year.

While recovery required much work and perseverance on Don’s part, the Blacks are grateful for the role his hospital team played in his survival and recovery. When the couple visited Columbia for their first Mizzou football game after Don’s accident, they brought barbecue to the burn ICU staff.

“When I went back, all the nurses were so supportive,” Don said. “I think they truly enjoyed seeing me come back and my progress. I wasn’t just a number to them. They always make me feel welcome. I can’t do enough for them.” 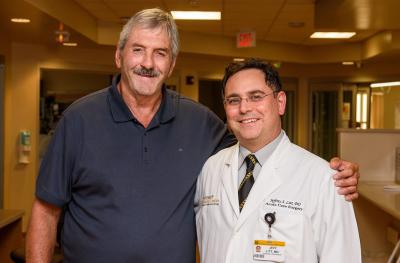