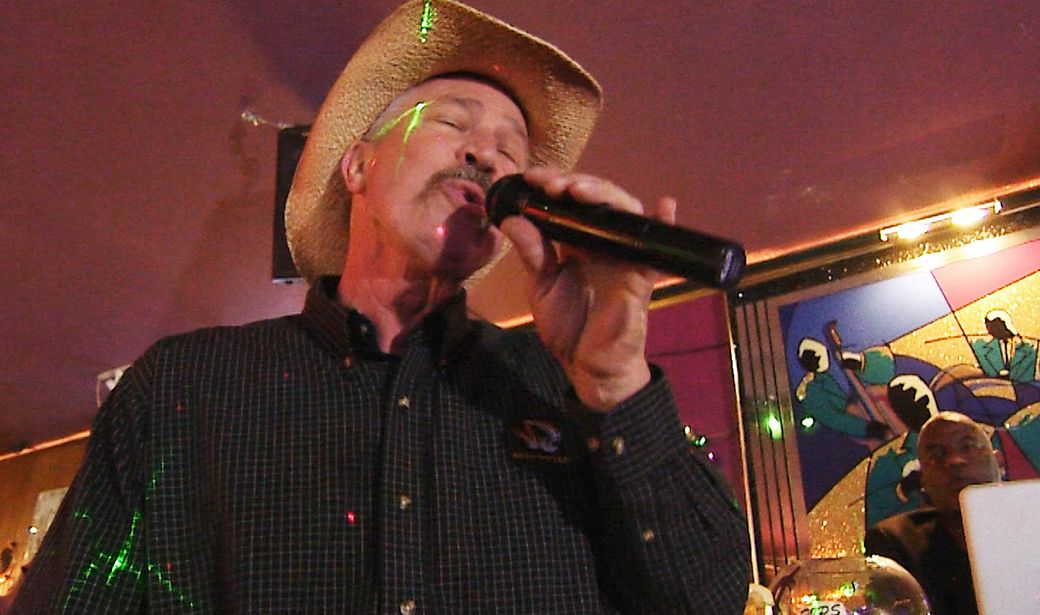 Steve Stockman has fond childhood memories of his father singing along to the radio in their station wagon as they drove to their cabin on the Osage River.

As he grew up, Stockman developed his own singing voice. Once a month, he took the stage on karaoke night at Das Stein Haus, six miles north in Jefferson City, and belted out his favorite country and rock ’n’ roll songs.

Then, one morning in 2016, Stockman noticed a lump on his neck while he was shaving. Soon, he learned that his voice, and maybe even his life, was in danger.

“My primary care doctor prescribed me antibiotics, and when those didn’t work, he referred me to Ellis Fischel,” said Stockman, 58. “That’s when I realized this was more serious than what I originally thought.”

Laura Dooley, MD, an otolaryngologist at MU Health Care’s Ellis Fischel Cancer Center who specializes in head and neck cancers, performed biopsies of the lump that didn’t indicate cancer. But she investigated further.

“I didn’t have an explanation as to why he would have a mass on his neck,” Dooley said. “In an adult, that’s odd. I advised him to have surgery and take out the mass to further test it, which revealed his cancer trying to hide from us.”

After the surgery, Dooley delivered the news to Stockman that he had throat cancer, which surprised and frightened him and his wife.

“My family — our kids and grandkids — we didn’t tell them at first,” Stockman said. “But we had to let them know. They kept me going through all of this. Them and, of course, music.”

The human papillomavirus (HPV) is a common cause of throat cancer, but Stockman’s tumor tested negative for HPV. Tobacco and alcohol are also risk factors. Smoking was a risk factor for Stockman; he had quit smoking more than nine years before his diagnosis.

“We hope this type of cancer will one day be preventable,” Dooley said. “The HPV vaccine is now available, which in theory will decrease the HPV-related cancers. For cancers related to smoking and drinking, reducing or quitting those habits should decrease your risk of head and neck cancer.”

According to Dooley, traditional symptoms of head and cancer include ear pain, changes in voice, a sore in the mouth or lump in the neck that doesn’t go away or difficulty swallowing.

After his surgery, Dooley recommended Stockman undergo radiation therapy at Goldschmidt Cancer Center at Capital Region Medical Center to make sure the cancer in his tonsil and lymph node was completely gone.

“We are incredibly fortunate to have advanced technology available locally for patients like Steve to receive his treatments close to home,” said Jay Allen, MD, radiation oncologist at Goldschmidt Cancer Center. “Our affiliation with MU Health Care allows for a collaborative approach, and that collaboration is a tremendous benefit to our patients.”

While the convenience of having treatments close to home was a luck of good fortune, radiation worried Stockman. He didn’t want to lose his ability to sing.

“My son is a recording engineer,” Stockman said. “When we found out surgery was needed, at that point I didn’t know what my prognosis was going to be — if I would ever sing again — so we recorded five songs.”

He let Dooley know how important singing was to him.

“We talked a lot about the surgery and the possible impact it would have on his voice,” Dooley said. “He actually emailed me a few of his recorded songs — “Let Her Cry,” “Man of Constant Sorrows” and “King of the Road” — and we played them on repeat a couple of times for him in the operating room.”

The surgery went well. Three years later, Stockman’s cancer is in remission. His voice has deepened to a more bluesy sound, but he’s back to his karaoke routine.

“The first time I sang again, it brought tears to my eyes,” Stockman said. “My family and good friends were in the audience, and it meant a lot. I was very fortunate, and at that point, I could finally say life was back to normal.”

His favorite song, “Drift Away” by Dobie Gray, holds new meaning after his battle with throat cancer.

“Music lets me drift away,” Stockman said. “For me, it’s very liberating. When I’m singing, I’m not thinking about anything else. I’m in my happy place. Whether it’s on stage or driving down the highway, I’m usually singing.” 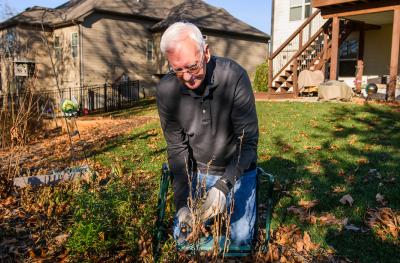