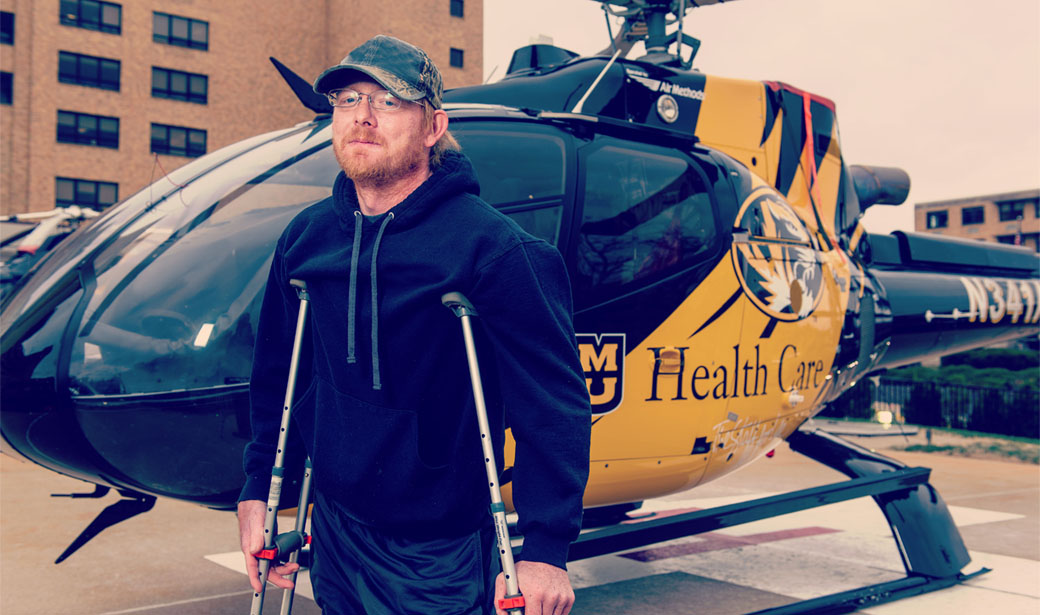 It all happened so fast.

In one moment, the three men were in the water, trying to clean out and unclog an overflow pipe in a private fishing pond in Glasgow, Missouri. In the next moment, the water gurgled under their feet, and the chaos began. John Frazee, 33, jumped into a nearby boat, clinging to safety, until the boat jerked and threw him into the water. Then all three men were gone.

"It wasn't out of the ordinary for us to clean and take care of the lake, but we knew something like this was a possibility," John's girlfriend Kayce Sykes said. "Right before it happened, I started yelling at them, telling them to get out of the water."

The pressure of the water from the newly cleared 18-inch overflow pipe sucked the three men through the opening, tearing away large pieces of skin and muscle as they went through, until the pressure ejected them from the pipe.

At the other end of the pipe, John pulled himself up on a log and waited for help to arrive. Once EMTs arrived, it took eight men to carry him to the ambulance because of the remote location. John was then flown to University Hospital, home to the Frank L. Mitchell Jr., MD, Trauma Center, mid-Missouri's only Level I trauma center for patients with life-threatening injuries.

Trauma and orthopaedic surgeons spent nearly 10 hours operating on John, who suffered multiple rib fractures, a crushed ankle, severe trauma to his hip, a collapsed lung and severe injuries to his arms and legs. John spent more than two months in the hospital and underwent five surgeries before he could begin focusing on recovery and rehabilitation.

"The people here saved my life," John said. "All of the doctors, residents and nurses were awesome. They were just really good people who were amazing at what they do."

At one point, due the trauma John experienced and the severity of the injuries, doctors weren't sure if John would leave the hospital with both of his legs. The decision by the physicians with the Missouri Orthopaedic Institute's Limb Preservation Center to pursue skin and muscle grafts ensured that John would keep both of his legs.

"I was amazed at what they could do," John said. "It took about three months before I was actually able to get up and move around. I took my first steps with a walker, then crutches."

The journey forward for John is still a long one. He is working closely with physical and occupational therapists, as well as with doctors at the Missouri Orthopaedic Institute to get back to his normal routine — working as a welder and spending time with his two children.