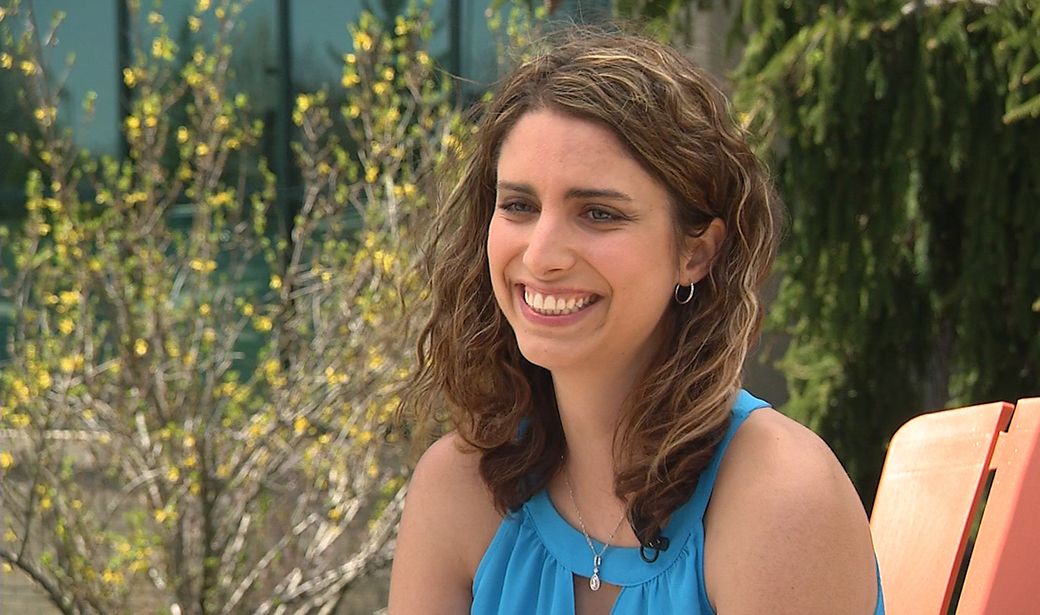 As summer approaches, Sydney Priest is looking forward to one of her favorite activities — wakeboarding.

For the resident physician in Kirksville, Missouri, it’s astounding that she can get back on the board considering she suffered a stroke while she was in medical school.

On Jan. 26, 2016, Priest had finished morning classes at the Kirksville College of Osteopathic Medicine and was relaxing alone in her apartment. Hours later, Priest found herself at University Hospital in Columbia, Missouri, undergoing life-saving measures for a rare and devastating form of stroke.

“My day was completely normal, just like any other day at school,” Priest said. “All of a sudden, I felt dizzy, couldn’t speak, began to vomit and I lost control of the right side of my body. We hadn’t gotten to the lecture on stroke symptoms in class yet, so I had no idea what was going on.”

A stroke occurs when blood supply to the brain is interrupted or reduced, depriving the brain of oxygen and nutrients. The longer a stroke goes untreated, the greater the potential for brain damage and disability. And stroke doesn’t just affect older people; between 2000 and 2010, there was a 44 percent increase in the rate of stroke among people 25 to 44 years old.

Priest experienced a basilar artery occlusion, the worst kind of ischemic stroke. This type of stroke accounts for about 3 percent of all strokes caused by a blockage. The clot was located near her brainstem, a critical area of the brain. The mortality rate for an acute basal stroke is between 80 and 90 percent.

The right side of Priest’s body went limp, and the left side grew spastic, leaving her defenseless. “I couldn’t call for help,” she said. “I couldn’t talk at that point. So, I just had to lay there.”

Priest was found unresponsive in her apartment and was taken by ambulance to Kirksville’s Northeast Regional Medical Center, where doctors did a CT scan. After consultation with neurologists at MU Health Care, doctors arranged for Priest to be flown to University Hospital’s Level I stroke center in Columbia. A stroke specialist removed a blood clot longer than an inch from Priest’s brainstem.

“The brain doesn’t regenerate; it doesn’t heal itself very well,” French said. “So, if you lose function from dead tissue, a lot of times it’s not coming back.”

Priest persevered through physical and occupational therapy, and four months after her stroke, she walked unassisted into University Hospital to thank her care team.

“Sydney promised her care team that she would come back and walk down the hallways of this hospital,” said her father, Chuck Driskell. “I am so thankful to the team at MU Health Care that she’s able to make good on that promise.”

Although Priest suffered setbacks — she had to repeat her first year in medical school — she never gave up. “I couldn’t have those doubts,” she said. “I had to keep going.”

Priest was born with a congenital heart blockage and initially wanted to be a pediatric cardiologist. However, when she returned to medical school after her rehab, she decided to pursue a career in rehabilitation and help people who are in a similar situation that she found herself in two years ago.

“I want to be able to give them hope,” Priest said, “and to be an inspiration to them.”