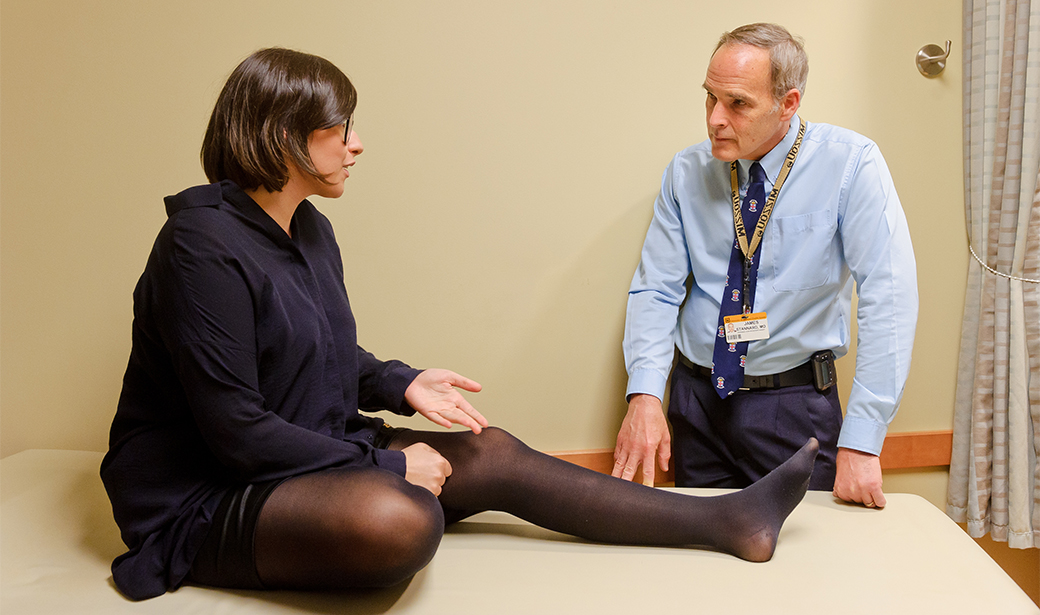 In a two-year span, Kasia Bulik visited 25 doctors in her native Poland, desperate to find someone who could help her walk without crutches. One doctor after another delivered grim news.

Then she found a solution halfway around the world.

In 2014, Bulik suffered a severe knee injury. Her tibial plateau — the uppermost part of the shin bone that attaches to the knee joint — was crushed.

She underwent surgeries in the Philippines and Poland to stabilize her leg, but she was left with a large divot in what should have been a flat joint surface atop her tibial plateau. Her thigh bone sank into that hole when she stood. That left her knee unstable and forced her to walk with crutches.

“The doctors said I would have to wait until I was 50 or 60 years old to get a knee replacement,” said Bulik, a graphic designer who is now 31. “Until then, I could have my knee blocked, which meant I would have to walk with a straight leg.”

The two know each other from international conferences, and Schatzker had recently spent time at the University of Missouri as a visiting professor.

“It was quite clear to me when I had occasion to study the case that the one person who might offer a biological solution and preserve the knee was Professor Stannard,” Schatzker said.

Bulik was a candidate for osteochondral and meniscal allograft transplantation, a procedure in which donated tissue is implanted to repair damaged joints. For patients who are considered too young or too active for traditional metal-and-plastic joint replacements to be ideal, this procedure is an alternative that may provide patients the opportunity to regain an active lifestyle. To treat Bulik’s knee, Stannard would need to rebuild the entire outer portion of the joint with donated tissue.

“For two years, she was on crutches and was very limited in what she could do as a 26-year-old. Previously, she had been a vibrant, hiking, touring, doing-anything-she-wanted person,” Stannard said. “That hole in her tibial plateau would have gotten deeper and deeper as time went on.”

Bulik and Kaminski communicated extensively via email and Skype with Stannard and James Cook, DVM, PhD, the Mizzou BioJoint® Center’s director of operations and research. After discussing the risks and benefits, Bulik decided to have the procedure.

The timing of surgery depended on when the donor tissue became available, so Bulik had to be ready to board an international flight on short notice. In March 2016, the team at MU Health Care informed her that donor tissues that were a good size match were available. She headed to the Warsaw airport for what turned out to be a life-changing trip in more ways than one.

On her second day in America, Bulik underwent surgery. She spent four days in the hospital and three more weeks in Columbia recovering. That was just the start of a year-long rehabilitation process that allows the grafts enough time to heal, incorporate and be ready for a progressive return to activities.

While she was staying in Columbia, her boyfriend of nine months came to visit and took her out to dinner at a local steakhouse. When the waiter brought dessert to their table, he removed the silver dome to reveal an engagement ring.

“It was very beautiful and surprising,” Bulik said.

When she returned to Poland, Bulik continued to slowly rehab her knee. She walked without crutches five months after surgery.

“Before the accident, I took walking for granted,” Bulik said. “Only when I wasn’t able to do it anymore, I started appreciating it.”

She gradually worked her way back to her favorite activities, which include water sports such as paddleboarding. More than three years after surgery, she said her knee feels the same as it did before her accident. She continues to communicate with the team at MU Health Care, which monitors her progress from afar.

“I’m not surprised anymore because I got used to it, but everyone treated me like family in Missouri from the start — the whole team,” Bulik said. “They still reply instantly to email. Whatever time I write, I get a response quickly. They are very caring people. I’ll never forget that.”

Find out if it's right for you
Request an Appointment 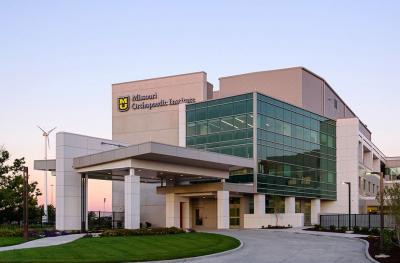