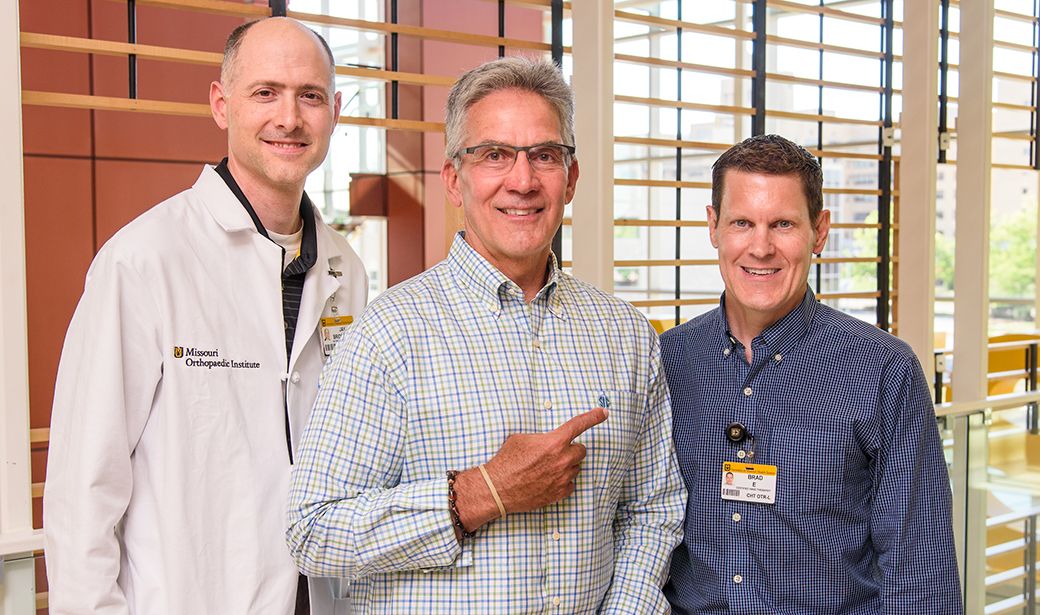 Mike Alden maintains a 448-acre plot of land in Callaway County that has been in his family since 1952. It includes a log home where his stepmother lives and a brick cabin where he and his wife stay during visits.

Alden likes to keep the grounds groomed, almost like a park. The manual labor and mowing were therapeutic during his 17 years as the University of Missouri’s athletic director. Even now, in his less stressful role as an associate teaching professor at MU, the work clears Alden’s mind.

It is less kind to his fingers.

In 2000, Alden nearly lost his right pinky to a hydraulic log splitter, leading to surgery that saved the digit and months of hand therapy that helped him regain full use of it. In April 2017, he did it again. Alden tried to lift a branch over the roll bar on his lawn tractor while mowing under a tree. His hand slipped, pinning his right index finger between the branch and bar.

“I didn’t want to look,” Alden said. “I thought maybe I had broken it. Then I looked down, and there was blood everywhere. I could see a part of a bone. Part of the finger was hanging off. It was kind of devastating to look at because I thought, ‘I’m going to lose this thing.’

“What I’ve learned is, if it happened 10 years ago, or if I wouldn’t have gone to a place like MU Health Care, I would have lost it. They would have just cut it off.”

Alden flagged down his cousin Todd Alden, who was helping him mow. They wrapped Mike’s hand in a towel, applied ice and began the 40-mile trek to Columbia.

Alerted that a severe hand injury case was headed to University Hospital, board-certified hand surgeon Jay Bridgeman, MD, agreed to meet Alden in the emergency room. Bridgeman examined the complex injury. The bone in the middle of Alden’s finger was crushed, and the wound was full of dirt. Fortunately, the artery was not severed.

“It was a near-amputation,” Bridgeman said. “There was so little tissue still attached that I was clear with him: ‘We may not be able to save your finger, but we’ll do everything we can.’ ”

Alden expected to be put to sleep for the operation, but because he had eaten that day — a package of ranch-flavored CornNuts shortly before the accident — the initial three-hour surgery was conducted under local anesthesia. That allowed Alden to get to know Bridgeman, who calmly explained each step as he removed debris from the wound, stabilized the bones with pins, treated the damaged nerves and stitched up the skin.

Complex hand surgery is just one part of what MU Health Care hand-and-wrist specialists do. They treat patients of all ages for a variety of injuries and conditions, including arthritis and carpal tunnel syndrome.

After Alden’s surgery, MU Health Care certified hand therapist Brad Earnest — the same man who helped him regain use of his pinky — was waiting to work with him again.

Four months after the initial surgery, when it was clear the finger was healing properly, Bridgeman performed a second procedure, this time to replace the crushed bone in the middle of the finger. Bridgeman harvested a piece of bone from Alden’s hip and transplanted it.

“In order to achieve a good result with hand injuries, you really need a board-certified hand surgeon who does complex reconstruction of the hand, you need a hand therapist and you need a motivated patient,” Bridgeman said. “He’s a motivated patient. He came to our hospital right away. He got the surgery he needed instead of getting multiple failed surgeries and then getting sent to the hand surgeon. And our expert team of hand therapists helped him through the recovery process.”

After the second surgery, Alden went back to Earnest for three more months of therapy. He finished the program in December 2017.

“When I shake hands, I can feel everything,” Alden said. “I can grip a hammer. I can grip a golf club. It’s like a miracle.”

And, yes, Alden is working — carefully — on the family farm again. He doesn’t want another 17-year reunion at MU Health Care.

“I told him, ‘I don’t think I’ll still be practicing in another 17 years. I might have to introduce you to some of our younger therapists.’ ” Earnest said jokingly. “He said, ‘Well, maybe I just won’t get hurt again.’ ”

Learn More About Our Care
Hand and Wrist 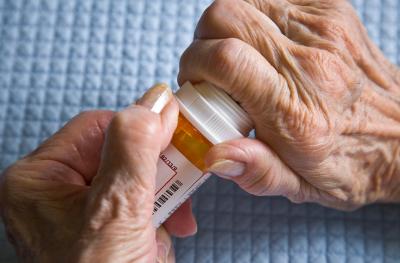