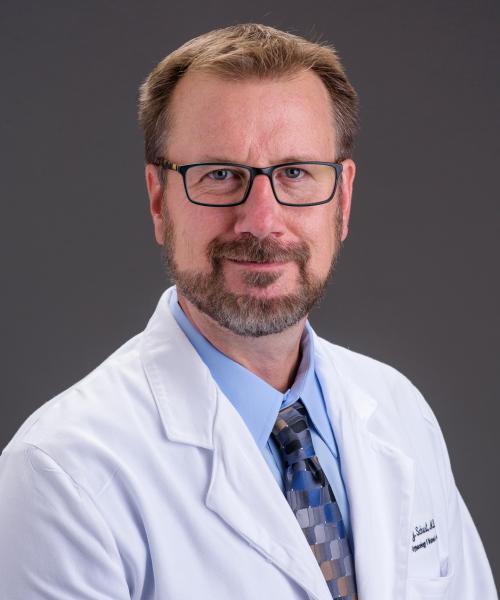 Danny Schust, MD, is the David G. Hall Professor of Obstetrics and Gynecology and director of the Division of Reproductive Endocrinology and Infertility at the University of Missouri School of Medicine.

Dr. Schust has authored or co-authored more than 150 manuscripts and book chapters as well as a textbook for medical students on reproductive physiology. He is director of the national Reproductive Scientist Development Program and co-director of the Tom and Anne Smith MD-PhD Program at the University of Missouri School of Medicine.

Schust has dedicated his career to helping families with reproductive health and endocrine disorders. After training at Harvard Medical School and The Massachusetts Institute of Technology, he joined the University of Missouri medical school in 2006. His clinical interests include early pregnancy loss, as well as gynecologic and early pregnancy ultrasonography.

Schust’s research interests include early placenta function, modeling early pregnancy in humans and sexually transmitted infections, including HIV and the Zika virus. He has authored or co-authored more than 160 manuscripts and book chapters as well as a medical textbook on reproductive physiology.

Schust impacts care on an international basis as he presents his research results at scientific meetings throughout the world. He is also involved in medical work in Central America and feeding, education and building projects in Eastern Africa.

For his achievements and expertise, Schust has received numerous honors, including Harvard Medical School’s Humanism in Medicine Mentoring Award and multiple recognitions from The Society for Gynecologic Investigation.

Dr. Danny Schust is division director of reproductive endocrinology and fertility and David G. Hall Professor of Clinical Obstetrics and Gynecology in the School of Medicine. He directs the Reproductive Scientist Development Program, a national training program for physician scientists, and co-directs MU’s Tom and Anne Smith MD–PhD Program.