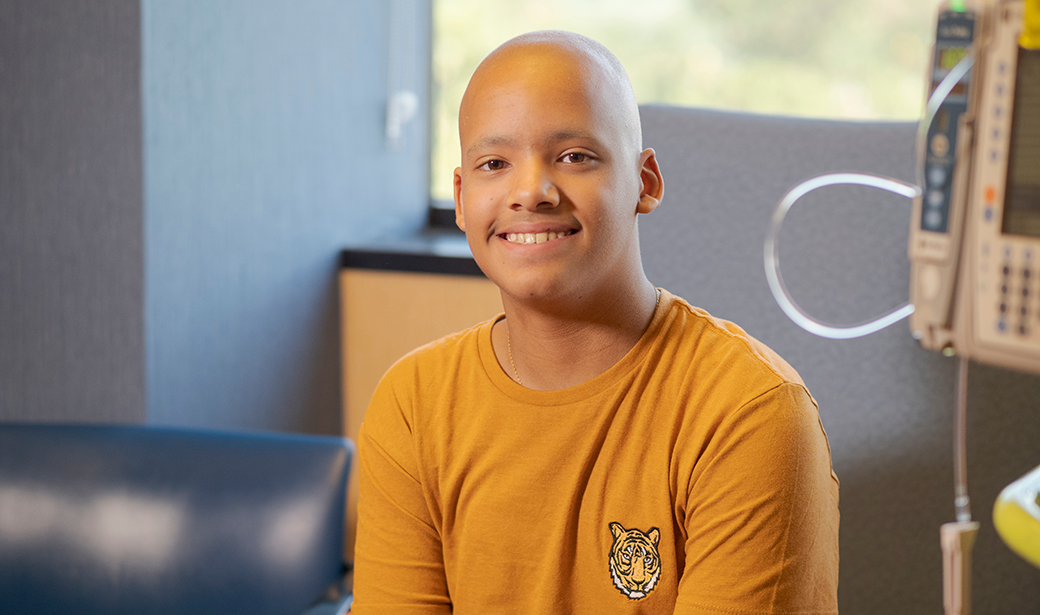 Michael Cook is a straight-A student. His hobbies include archery and reading historical fiction. Although he’s barely a teenager, he’s already making plans for the future.

“He wants to be an engineer or a physician,” said Doug Cook, Michael’s father. “But I think he’s leaning toward becoming a physician because of all the medical stuff he’s going through.”

Michael’s medical journey began a few months before his 13th birthday. His left knee always seemed to be sore. His doctor initially diagnosed him with Osgood Schlatter disease — irritation of the growth plate atop the shin bone — a condition commonly found in kids who are growing rapidly. Everyone expected the pain would go away on its own.

But Michael’s pain worsened. During a bad flareup, he visited his pediatrician, who ordered an X-ray. Then, after reviewing the results, the doctor ordered a CT scan.

The doctor replied with words that shocked the Cook family.

After more testing, Michael was officially diagnosed with a rare cancer called Ewing’s sarcoma. He had a tumor growing on his shin, causing him the chronic pain.

The Cooks met with MU Health Care pediatric oncologist Barbara Gruner, MD, to discuss the treatment plan. Michael first underwent multiple rounds of chemotherapy. Then, the tumor and a portion of his shin were surgically removed and replaced with a prosthesis.

Now, he has returned to a regimen of chemotherapy. Once the cancer is in remission, doctors will regularly monitor him for several years to ensure it does not return.

“We have been very, very happy with Dr. Gruner and her team,” Doug said. “I’m a weird and pathologically curious guy, and they understood that immediately. They've done a great job of keeping us up to speed, explaining what’s being done, why it’s being done, how long it’s going to last and what the possible side effects are.”

Though he has a long road ahead of him, Michael maintains a positive attitude as he navigates his cancer treatment.

“Even if you have a horrible disease, you can still be happy and be yourself,” he said. “My dad tells me, ‘It won’t get better if you worry,’ so I just stay positive.”

Doug extends the same advice to parents in his position. 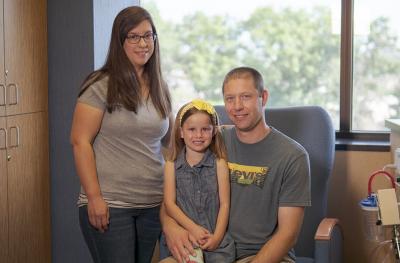 Addie, 5, Uses Her Strong Will to Overcome Acute Lymphoblastic Leukemia