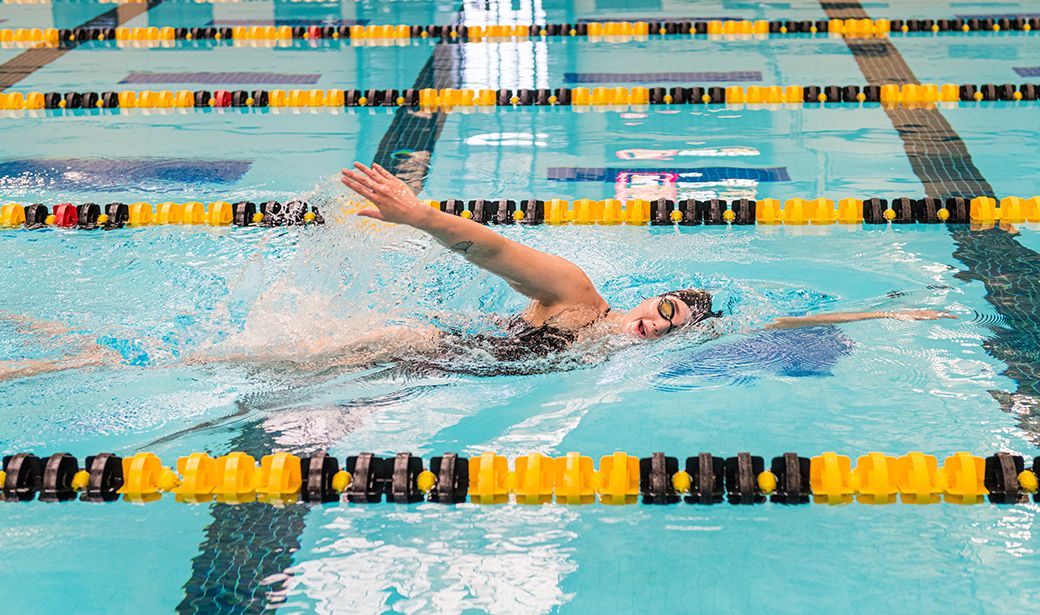 Gehrke came to University of Missouri Health Care’s Missouri Orthopaedic Institute to find a solution to her right hip pain. After enduring some complications when her left hip was repaired in 2018, Gehrke wasn’t sure what to expect when Nathan Skelley, MD, suggested she try a new surgical approach.

When Maddie Gehrke emerged from anesthesia after arthroscopic surgery on her right hip, she was surprised — she felt great.

Gehrke came to University of Missouri Health Care’s Missouri Orthopaedic Institute to find a solution to her right hip pain. After enduring some complications when her left hip was repaired in 2018, Gehrke wasn’t sure what to expect when Nathan Skelley, MD, suggested she try a new surgical approach.

But thanks to the new procedure, which involves an innovative surgical table, MOI patients such as Gehrke can now avoid the painful complications that often accompany traditional arthroscopic hip surgeries.

“It's night-and-day difference,” she said.

Gehrke came to the University of Missouri in 2015 on a swimming scholarship. She quickly established herself as a standout in the pool. She earned All-American honors three times as a member of relay teams that placed at the NCAA Championships.

Then hip pain sidelined her.

Gehrke, 22, suffered from femoroacetabular impingement (FAI) or hip impingement — a condition in which the head of the thigh bone fits irregularly in the hip socket and causes friction. FAI is a common cause of hip pain in young people and can lead to early osteoarthritis if the rubbing damages the cartilage in the joint.

FAI symptoms include groin pain while walking or flexing the hip and decreased range of motion. As the condition progresses, it can be painful even to sit for long periods.

“It’s a chronic pain, so it’s always present,” Gehrke said. “When it got so bad that I couldn’t even walk or sleep, I knew that I needed to go the surgical route.”

Because the hip is a ball-and-socket joint, the doctor needs to create enough space between the femoral head and the hip socket to maneuver the instruments. The medical process for this is called applying traction to distract the hip.

The traditional method of hip distraction requires placing a post between the patient’s legs so the hip stays in one position while the legs are pulled, opening up the space in the hip joint for the surgeon’s instruments. However, the pressure of the post against the groin can cause soft tissue injuries, nerve damage, urinary dysfunction and sexual dysfunction.

Gehrke had traditional arthroscopic surgery on her left hip in June 2018. The procedure solved her hip problem, but she was sore afterward from the pressure of the post. Gehrke returned to swimming at MU, but midway through last season, she felt a familiar pain, this time in her right hip. She knew that she would need another surgery.

She sought out Skelley, a surgeon at the Missouri Orthopaedic Institute.

“She had no issues with the previous surgery on the hip, but the problems were related to the bed and the traction post,” Skelley said. “She had a lot of pain, discomfort and some nerve issues related to that post. When she came to me, I explained that we have a new table at the Missouri Orthopaedic Institute that allows me to do the same surgery she had on her other hip, but we could do it without the post.”

The patient’s feet are secured in traction boots affixed to posts at one end of the table. The patient reclines on the table, which is tilted back so the head is lower than the feet. Gravity creates enough separation in the hip socket to perform the surgery.

“I had a lot of questions because my first surgery was very painful, so going into the second one, I was scared,” Gehrke said. “I pestered Dr. Skelley with questions. I had so many. He was very patient, answered all my questions, and didn't treat me like I was dumb.”

With confidence in the new process, Gehrke scheduled her procedure for January 2019. She had spent a few weeks on crutches after the first surgery, but after the second one, she was walking on her own within a few days.

“What was very rewarding and gratifying to me is that I was able to restore her hip to the previous function that she had,” Skelley said. “We did it in a much safer, a more pain-free manner for her, and she was able to back to her high level of athletics quicker after the surgery.”

Gehrke no longer swims competitively for the Tigers, but she is back to swimming for fun and enjoys other activities such as weightlifting. And she is grateful to be living pain-free.

“Now that I don't have pain, I feel great,” Gehrke said. "I really do feel like I can do pretty much any exercise that I want.” 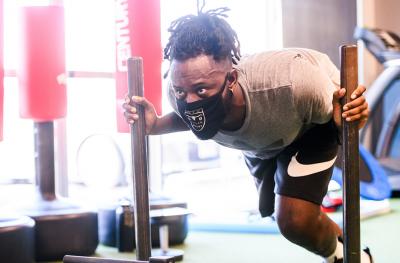