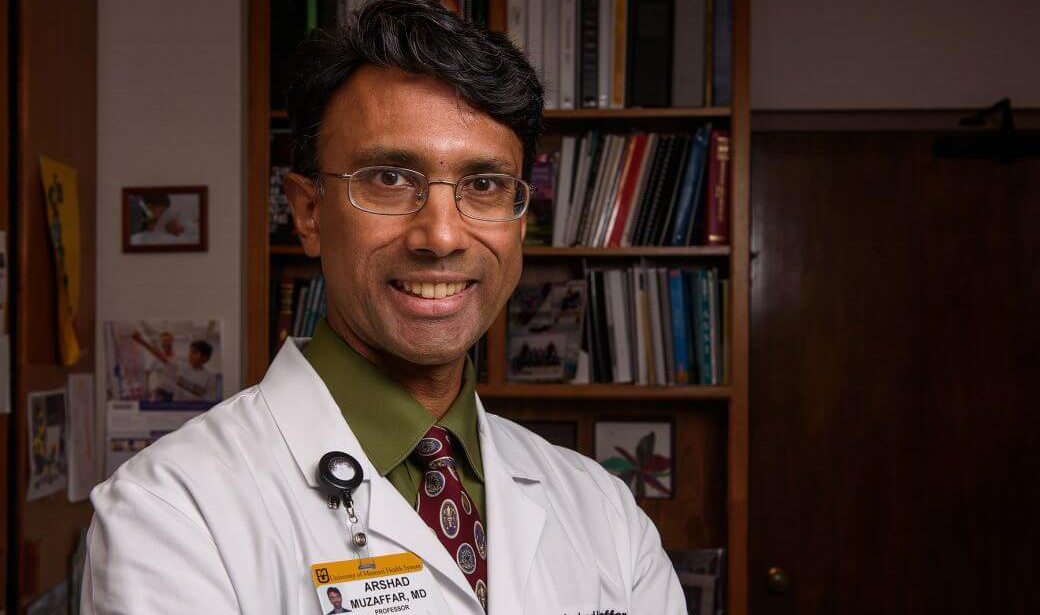 Moments after their daughter Cara entered the world in May 2014, joy turned to fear for Katy and Andrew Purvis.

Cara’s pediatrician relayed concerns about an abnormally small soft spot on Cara’s skull before she was discharged from a Springfield, Missouri, hospital. Soft spots enable the plates of the skull to flex and expand as the brain grows, but in Cara’s case, her physician felt something was a little off. Her facial features were lower set than they should be, and her skull wasn’t as round as a typical baby’s.

“After the euphoria of delivering a child, it’s hard to be told by your pediatrician that something may be wrong with your baby,” Katy says. “Your emotions are high, and to be given bad news about your little one can be devastating.”

At the advice of Cara’s pediatrician, the Purvises took their daughter to a geneticist, who recognized the signs of craniosynostosis, a premature fusing of the plates in the skull. He referred the family to Arshad Muzaffar, MD, director of craniofacial and pediatric plastic surgery at University of Missouri Health Care.

It was a three-hour drive from their home near Springfield to the hospital in Columbia, but the Purvises knew they’d found the right place for Cara’s treatment as soon as they met Muzaffar and his team. Because craniosynostosis causes deformities that can put pressure on the brain, infants can experience learning impairments and other neurodevelopmental problems. The program’s multidisciplinary team approach assured them Cara was in the right hands.

On March 11, 2015, Cara underwent a procedure known as fronto-orbital advancement and anterior cranial vault remodeling. During the surgery, Muzaffar removed the fused bone from Cara’s skull and remodeled it into the correct shape.

The bone was then attached to her skull with surgical screws and plates that naturally dissolve.

After 10 hours in a waiting room at MU Children’s Hospital, Katy and Andrew received the good news: The surgery was a success.

“Cara is now 2 years old, and she is just so beautiful and smart,” Katy says. “You would never know she was born with craniosynostosis. She has no delays at all and is on track or ahead of where she is supposed to be developmentally. She’s just awesome.”

In addition to the cosmetic aspects, cases such as Cara’s require intervention to prevent possible future neurodevelopmental issues. If an infant’s skull is not shaped correctly, the brain might not be able to develop properly, which can affect mental abilities, vision or hearing. In Cara’s case, there was a lot at stake.

“At MU Health Care, we take a truly integrated and interdisciplinary approach that you won’t find with many other craniofacial programs,” Muzaffar says. “The best treatment outcomes are the result of surgical excellence and a compassionate, individualized approach to each patient.”

“Dr. Muzaffar’s nurse Lynette Baker was just great,” Katy says. “When they had to shave Cara’s head for her surgery, she kept that hair for me. I can’t say how much that meant to me. They did little things like that that made us feel like people to them and not just another case. That’s what a parent wants when your child is in their care.”