Method: Ellis Cancer Registry data review was conducted in March 2015 and all cases of prostate cancer were identified and reviewed regarding age and sex between 1998 and 2013. Survival was evaluated based on stage of cancer to information available from the National Cancer database. 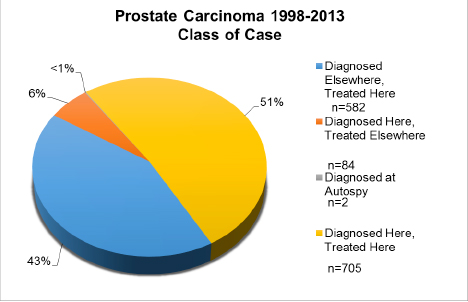 Diagnosis and treatment of Prostate cancer At Ellis Fischel: Between 1998 and 2013, 88- 112 patients were treated annually at Ellis Fischel. The average patients treated per year was around 86 patients per year with the volume increasing to 102 patients in 2013. 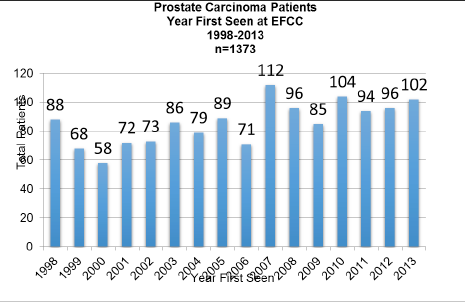 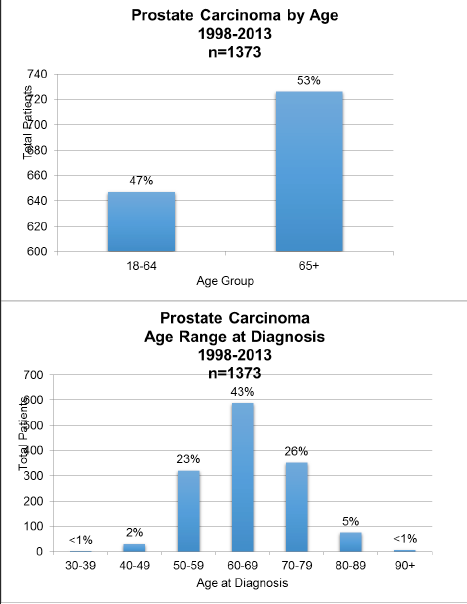 The age distribution in our cohort of patients is similar to that reported in the SEER registry. The risk of developing prostate cancer increases with age as noted in SEER studies. 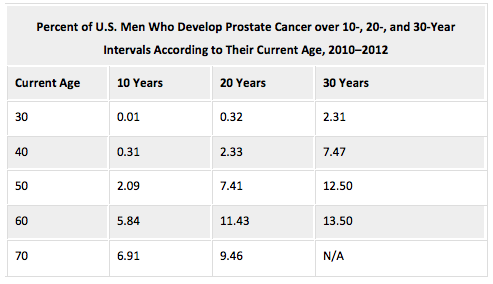 Racial Distribution: Prostate cancer was most commonly diagnosed in white men (92%).  101 patients that were diagnosed with prostate cancer in this time frame were black (7%). Very few patients belonged to other races. 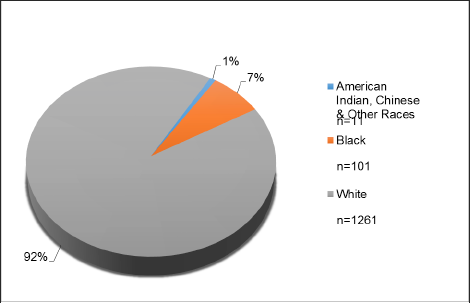 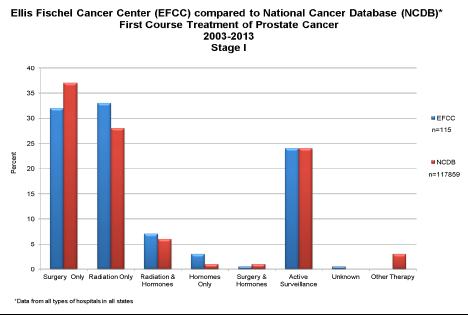 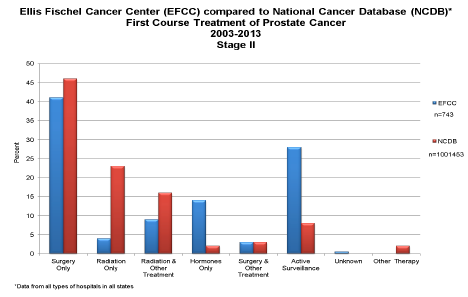 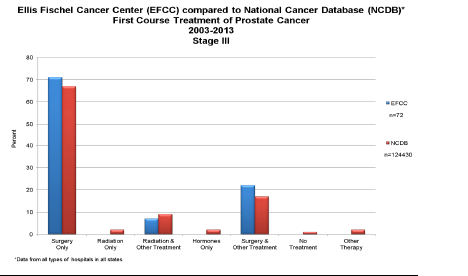 Stage of Thyroid Cancer and Survival: Prostate cancer survival data for staging was reviewed from 2003 to 2008. Most of the patients were diagnosed at stage 1. This information was compared to patients in the National Cancer database. Thyroid cancer patients treated at Ellis Fischel showed similar 5 year survival compared to NCD at stage 1, 2, and 3. The 5 year survival for stage 4 patients shows a slightly better outcome in the NCDB, however the numbers are small and the findings may be due to a low power in the EFCC group. 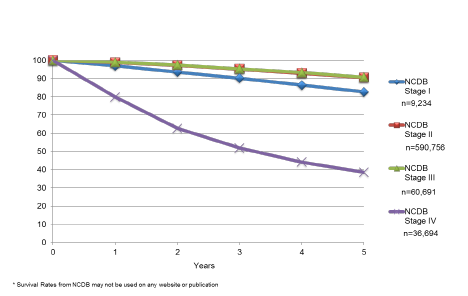 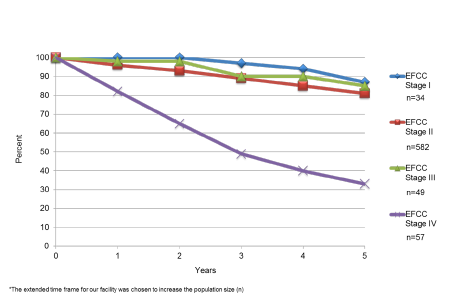